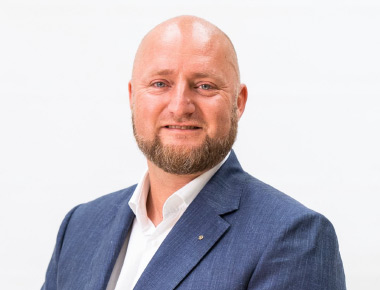 Don de Jong was born in Gouda and raised in Haarzuilens, Netherlands. He visited the Niels Stensen College in Utrecht followed by the Marine & Hotelschool in Den Helder. Afterwards he spent some time working offshore and at Schiphol Airport where his interest in other cultures began.

Don is a serial entrepreneur and networker. He started things off with Don-Trucking which began operations in 2010 with just 75 employees and 52 trucks. Currently his fleet consists of 140 trucks and growing. Don-Trucking employs over 200 drivers and 30 office administrators. His Company Don-Trucking is also all set to become completely carbon neutral by 2025, with over 20 LNG powered trucks operating already.

DAK, a joint venture of his with AK Transport of Pakistan, aims to transport products from China and Pakistan more efficiently, faster and cheaper in containers to the European mainland via a new road network. According to Don de Jong, this should result in a time saving of at least a few days compared to sea transport.

Striving for excellence in everything transport, Don De Jong formed SD Capacity, Romania. Its primary expertise is in HR, logistics and integrated solutions within the logistics domain.

Don has always had a way of giving back to the community and doing better for the environment.This approach of his led him to the formation of Ecobal.  Ecobal helps consumers and businesses to understand, preserve and offset their carbon footprint by offering concrete and certified options to support preserving privately owned forests.

Apart from being at the leaders board of road hauliers in Europe, Don has shown keen interest in information technology and software development. By joining hands with and utilizing No Name B.V’s software development strongsuit and, adding in his over a decades’ experience in the logistics industry. Don is developing Transportial, based on OTMS(Open Trip Model Software) that is at its core a multimodal, end-to-end integrated Transport Management System that streamlines your logistics unlike ever before.Through this he hopes to revolutionize conventional transport management and bring forth an era of tremendous growth for logistics service providers who will benefit from it.